DUII Leading Cause in Traffic Fatalities in Portland

editor November 25, 2015 Sponsored Comments Off on DUII Leading Cause in Traffic Fatalities in Portland 1,463 Views

Drinking and driving has become an increasingly common problem in the United States even in Portland Oregon, which is considered a relatively safe place to live.  Educating people about the dangers of driving while under the influence of intoxicants, and giving them the resources to get help if they have an addiction could be the answer to lowering he numbers of fatal car accidents.

On average, nearly 11,000 people die every year in alcohol related car crashes, in fact within the next two minutes someone will be injured due to a drunk driver.

According to the Oregon Liquor Control Commission 57 percent of fatal crashes are a result of driving under the influence.

In the past year there have been a few notable cases where drinking and driving has ruined lives.

Last March Robert Hutchens, Portland’s fire captain, was arrested for his third DUII. During this instance he crashed near the coast and was arrested.

According to Portland Fire Chief Erin Janssens, Hutchens had not been punished before because there was no policy for DUIIs in place.

“I don’t think anybody ever imagined that someone would be arrested for DUII repeatedly,” she said.

Hutchens has now been demoted back to a firefighter and, if within the next 5 years, he gets caught for drunk driving he will be fired.

Portland police Sgt. Pete Simpson said in a statement about the incident that the driver was traveling at high rate of speed on westbound Lombard prior to striking the victim and crashing.

“A second person, initially thought to be a passenger in the vehicle, was found deceased and lying in the westbound lanes of the intersection,” Simpson said. “Officers quickly learned that the second person, a 27-year-old male, was a pedestrian struck by the driver approximately one block to the east of the crash.”

In Oregon for a driver’s first DUII offense he or she can serve 48 hours to 1 year in jail and be fined up to $2,000, the second offense comes with up to a year in jail and $10,000 in fines, while the third is up to 5 years and fines that could total $10,000.  The look back period, which is the amount of time each offence stays relevant for sentencing, is 10 years.

The National Transportation Safety Board has recommended that all of the states lower the legal limit to .05 from the .08 that is typical now. One of the NTSB’s suggestions that Oregon is already requiring is first time offenders having to install ignition interlocks.

An Ignition Interlock Device makes the driver take a breathalyzer before starting the car, if the driver is over the set limit the car will not start.

Drug and alcohol related arrests such as a DUII can be linked to addiction, and a lack of an understanding of the dangers.

In this day and age almost everyone has grown up with some sort of drug and alcohol education program such as DARE, however actually grasping the significance of drinking and driving is a different story.

Addiction might be a part of the issue. People who have an addiction can be blinded to the dangers in their actions, the only thing truly important is their vise.

Stronger and more prevalent education about addiction would help the person realize there is a problem, or bring the signs of addiction to light for his or her family who can then take the necessary steps to help the person who is addicted. 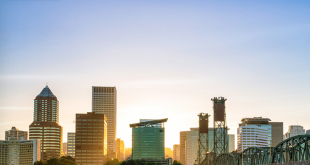